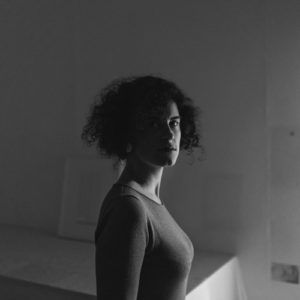 Thalia Galanopoulou was born in 1991 in Athens, Greece. She studied photography and video from 2011 to 2013 at the Focus School of Photography and New Technologies in Athens, and then moved on to do a Master’s degree in Photographic studies at the University of Westminster in London, UK (2014-5). Her work is a mix of personal projects and documentary photography, as photographing for her is a tool for self-psychotherapy and visual activism. Her projects have been exhibited in group shows in Athens and London, and have been published in Greek and British magazines/newspapers. In 2012 she attended Pavlos Fysakis’s ‘Personal Vision’ documentary photography workshop, where she developed a project about a dark, unseen subculture of Athens which was exhibited in the Athens Photo Festival 2016 at Benaki Museum. Her Master’s degree major project was developed around the bankers and business men of the City of London, where through street portraits, she creates a dialogue between the English capitalist system and the economic crisis in Greece. This work has been exhibited in Greece and London and has been published in the Guardian in 2016. In 2017, she completed the fine art photography workshop ‘Dust Breeding’ with Yorgos Prinos and Yorgos Karailias and is currently working on a personal project about her family relationships and the recent loss of her father. Thalia has worked as a staff photojournalist for the greek newspaper ‘Ethnos’ and now works as a freelance photographer with a multi-range clientele in Athens, Greece.